After ten years of being in the same building which you see each week on their TV show, they are relocating. While they endured flooding, sometimes faulty electrical, the broken water lines and the non-stop traffic of the bridge overhead, there is still so much sentiment in that this building was the only welcome mat which took them in, when they left California and needed a place to live with all of their dogs.

They do not own the building so they were not able to do the upgrades which so needed. Therefore, after much thought they decided the best thing to do for the dogs and employees was to discover some new digs. Thus, the Kingdom of Villalobos Rescue Center was found. Do not worry, it is still in New Orleans, however the building is bigger. Also, there is a separate building where they will be moving their retail shoppe, have a food truck and also a film studio location.

Their plans are to make it a Doggie Disneyland, where you as their fans and supporters are able to enter the gates and spend an entire day there. Aside from that, they are going to offer a VIP membership, where you are going to have access to their facility during "off touring" hours, be able to watch them film and go behind the scenes to work or volunteer with their dogs where the public cannot do that.

They have begun the move-in stages, construction, etc that it will take to make a fun environment for any dogs. While they do not have this location as they are renting, they have some supportive landlords who want to see them reach the dream for the dogs. They are going to keep everyone posted on the progress. Maybe they are going to have some volunteer days where you will be able to join them in building one of the most amazing dog locations in the country. 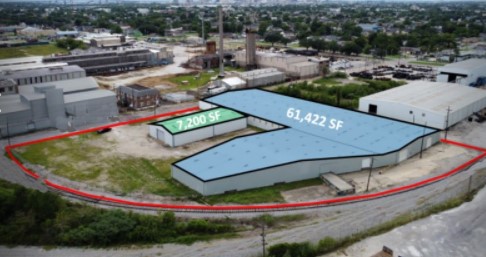 In 2011, Tia Torres had planned to move Villalobos to Tehachapi, California, around 75 miles north of where it had operated in Agua Dulce location. It appeared to be a good place for Villalobos Rescue Center to relocate with the overabundance of Pitbull dogs in Kern County and a prison facility in town, with newly released inmates looking for job.

Villalobos Rescue Center (VRC) got all the proper permits, but at the final moment Kern County did not give permission for the rescue to conduct their business in the remote area of Old West Ranch, Tehachapi. Tia Maria Torres lose all of her personal savings spent on the Tehachapi project. Finally, Villalobos Rescue Center was forced to remain at the Agua Dulce location.

The rules regarding kennel permits were becoming increasingly strict and also expensive in Los Angeles County. On November 13, 2011, to survive financially, the rescue announced that they would be moving the facility out of California. After considering several locations, the non-profit group select Louisiana for their new home. It took nearly one year to make the entire move complete.

Tia Torres arrived with the last group on January 2012. The group consists of 30 dogs of the total 160 dogs. It make the state of Louisiana is one and only permanent location. The location of new rescue and adoption facility is in the Upper ninth Ward of New Orleans (Louisiana) with many other satellite locations scattered throughout southern Louisiana.

Pitbulls and Parolees Returns with some new Episodes on Discovery Channel

Tia Maria Torres and her team at Villalobos Rescue Center (VRC) are here to help the dogs and people who need them. New episodes of Pitbulls and Parolees premieres on Discovery Channel. The series, that follows the country’s largest pit bull rescue, moves to Discovery Channel after spending some years on Animal Planet. The audiences are able to expect to see the usual rescues and adoptions, as well as several new stories including:

Background and a few words about Pitbulls and Parolees

Pitbulls and Parolees is a reality television series on Animal Planet. Began in the year of 2009, the series focuses on the Villalobos Rescue Center, a rescue for dogs, especially pitbull dogs. The mission of the show is to combat misconceptions about pitbull dogs and other similar dogs, and to give employment and a stable transition for recent parolees who are attempting to return to society.

Pitbulls and Parolees tells the day-to-day operations at the Villalobos Rescue Center. Tia Torres started the shelter in Agua Dulce, California. In the year of 2011, the shelter relocated to the Greater New Orleans in Louisiana. Episodes feature some stories, and include both a dog rescue and an adoption. Aside from that, the episodes feature Tia Torres and her family, including the two daughters Tania and Mariah, adopted twin sons Kanani and Moe, their wives Lizzie and Mariah and the parolees who work for the rescue, doing daily care training duties and pit bull rescue missions.